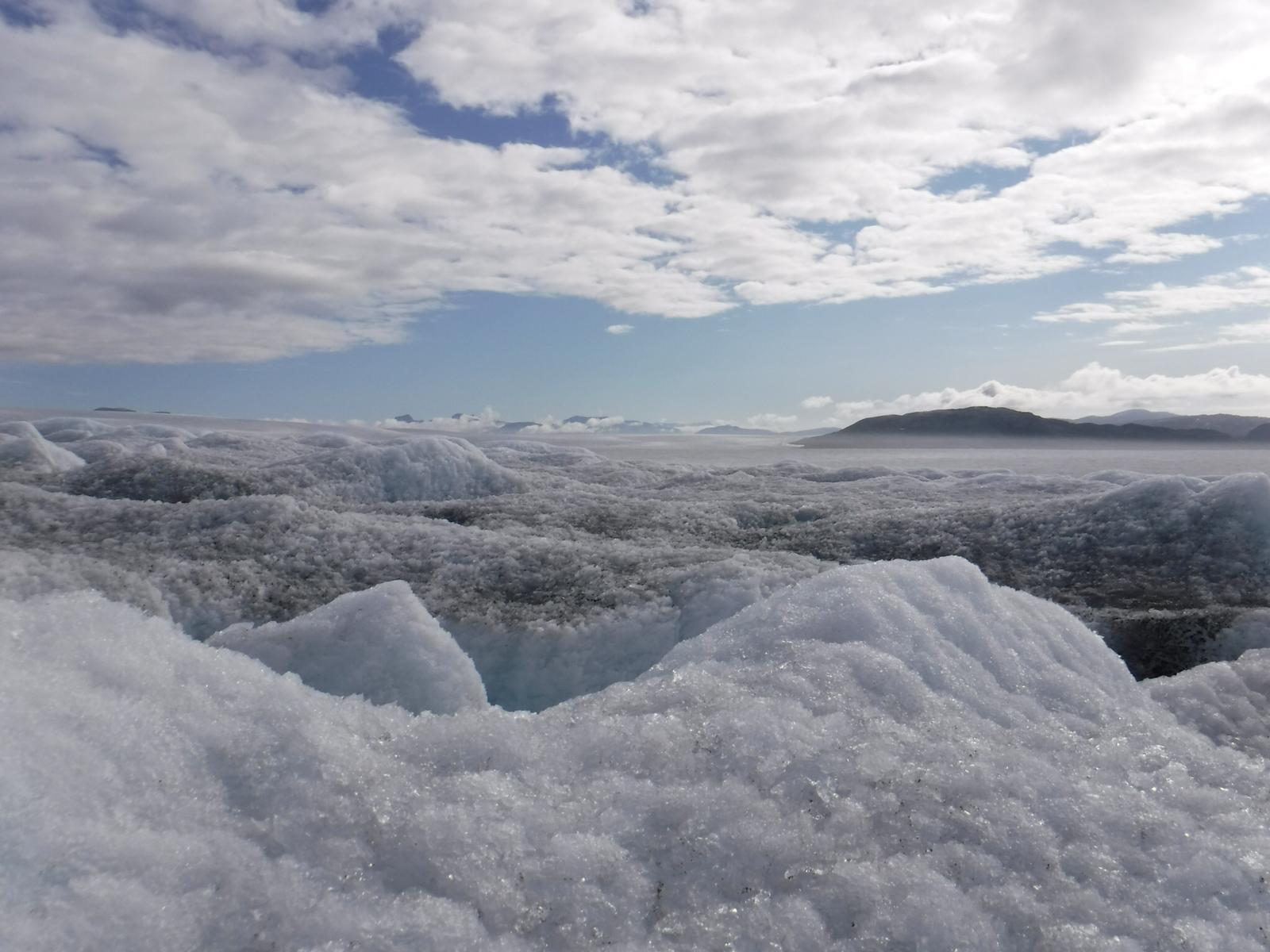 After making our way out of the crevasse fields we continued our climb up onto the icecap negotiating smaller but much deeper and deadly looking crevasses and melt water rivers that appeared during the day only to freeze again at night. Still in the polar bear zone we sleep in our tent with our rifle between us made ready just in case. With only 2 of us and a small risk area we can’t feasibly do a polar bear watch at night and expect to be in good condition for the following day. 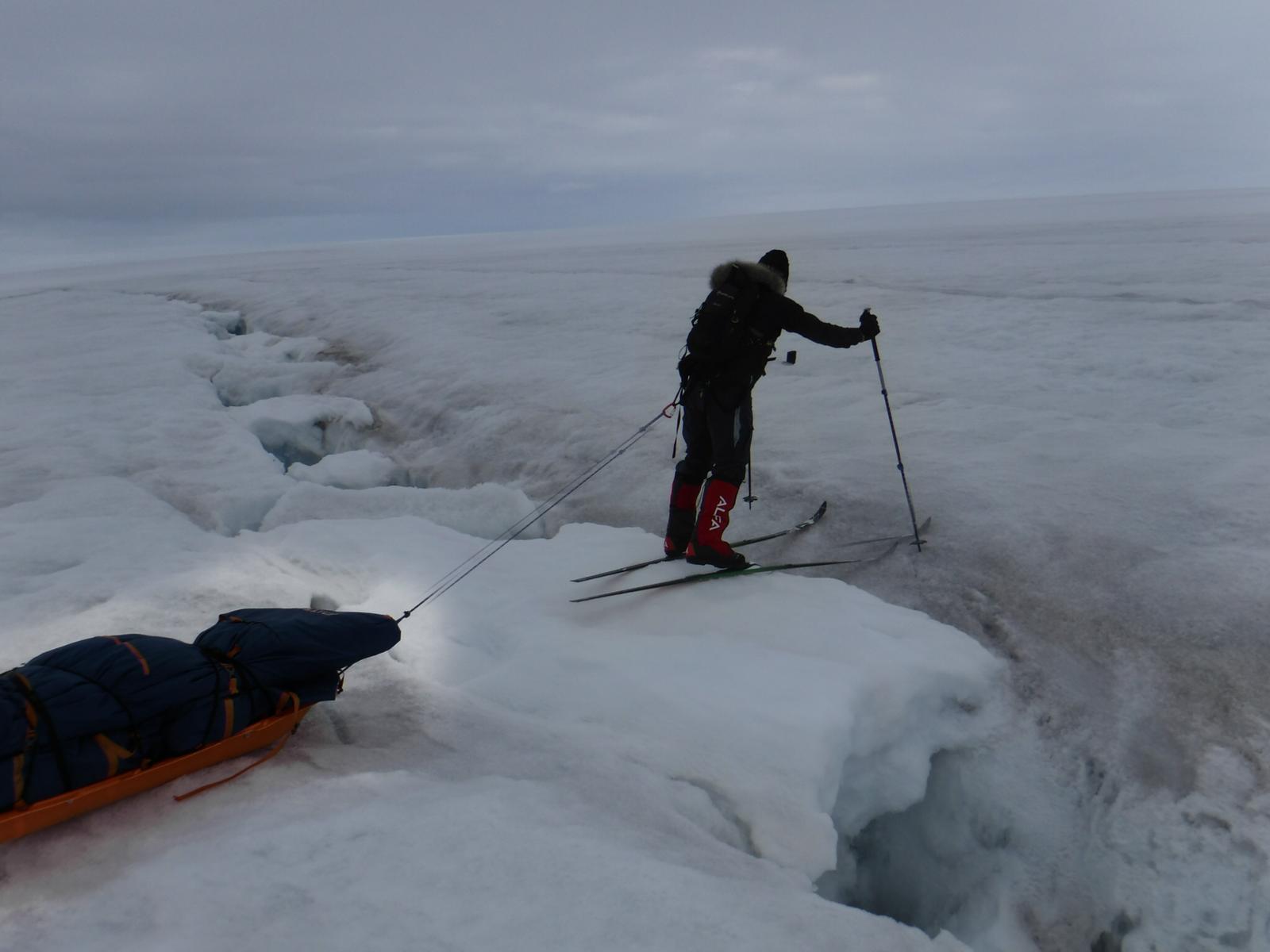 It has been cold but not as much as expected, the real cold comes in the wind, which when it hits it is bitingly fierce. 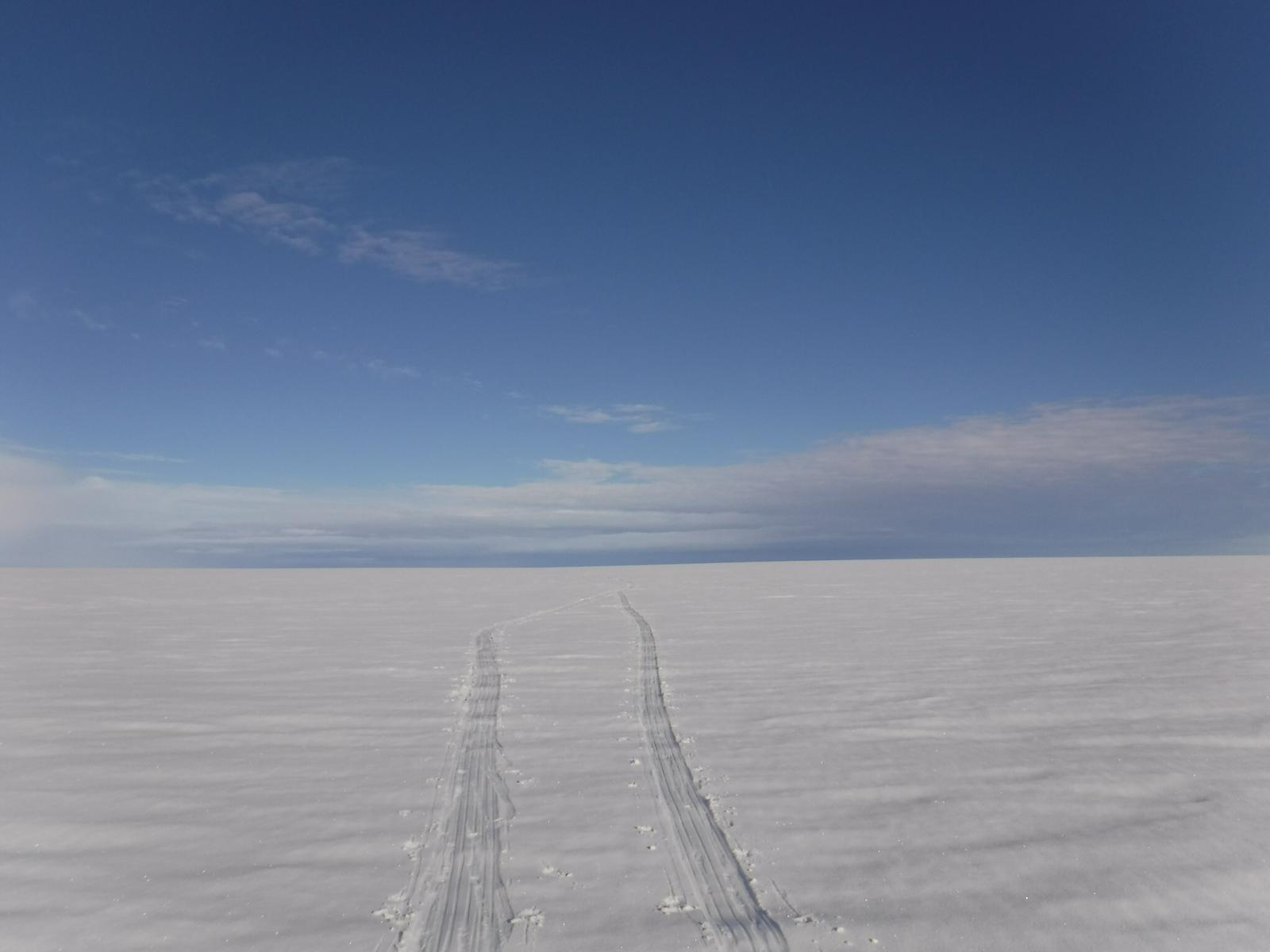 Eventually we hit snow finally getting a chance to don our skis we continued our way up the ice cap until we hit a checkpoint on our gps named “turn in/out”
This was it,we would be turning west here and staying on the same bearing for the next 340km until we hit Dye II a Cold War satellite dish in the centre of the ice cap.
Or at least that would of been the case if we had bothered to make an exception for the magnetic anomaly, which is HUGE this close to the magnetic North Pole. After an afternoon spent heading on the wrong bearing whilst trying to save the batteries on our gps we realised our nearly catastrophic error. We almost made our way into another crevasse field and with the forecast storm a few hours away we switched our heading north and skied like mad to find a suitable spot to make camp for the incoming tempest. 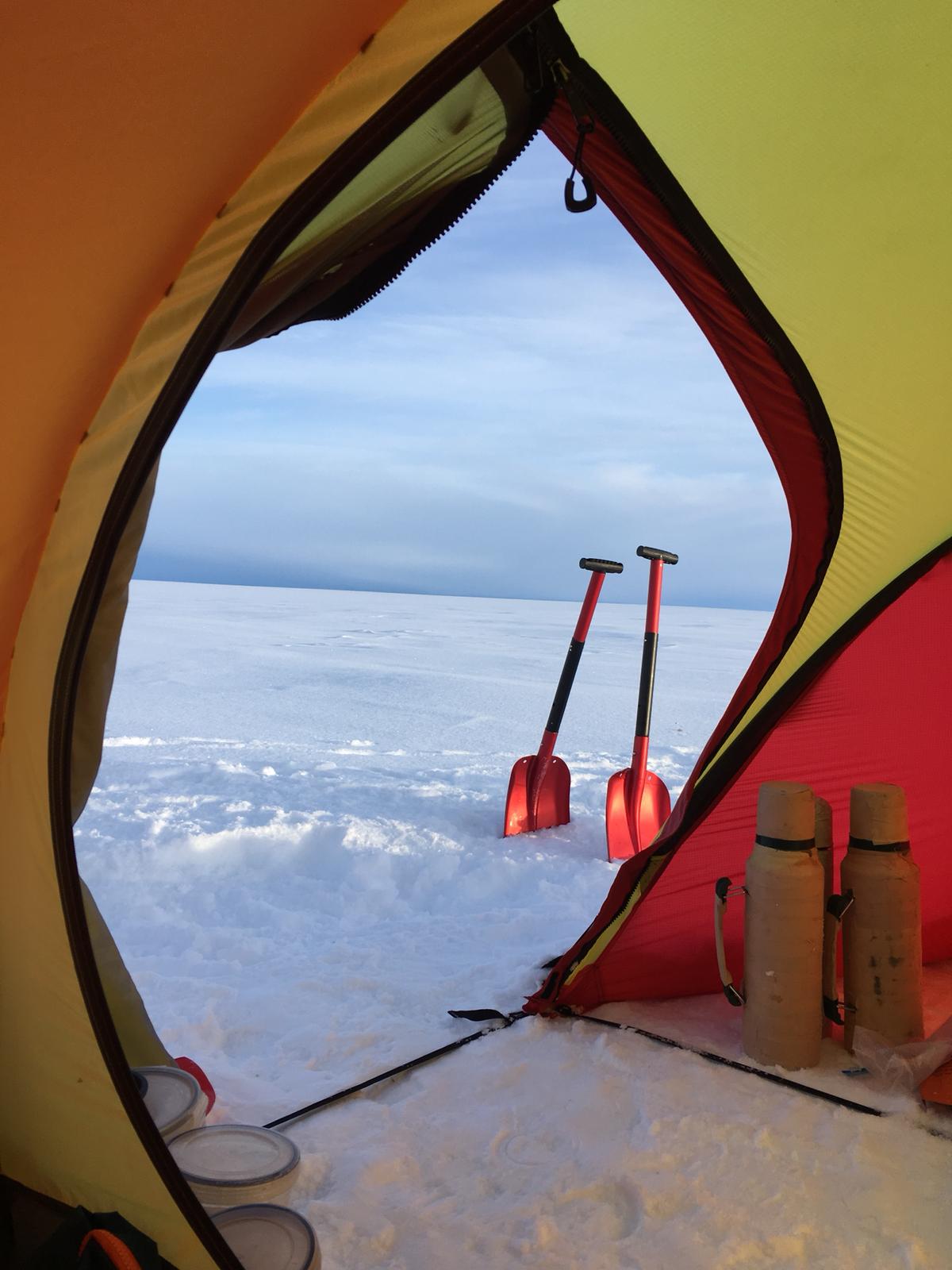 Finding a good area of snow we set our camp exactly as Petter had shown us to survive a storm.
When it hit, our faith we held in our mentor was soundly justified as the ramp we had made at the head of our camp. pitched the winds straight over the tent. After a noisy but relatively comfortable nights sleep we broke camp in the midst of the storm and headed into the wind. With only a finite supply of food and fuel we are taking every opportunity to try and cover ground. You wouldn’t like to think the Mad Explorers let a little wind slow them down now would you.

With 8 days done so far we are begging to feel the effects of the expedition. Though still relatively fresh, muscles are starting to ache and blisters are tearing their ugly heads. When we finish 8 hours skiing for the day it takes us an hour to make camp, then a further 3 to melt snow, before we can sleep. It is a hard, but amazing experience, around us now is endless white, it is a scenery that few people are lucky enough to witness and we feel in awe of our surroundings every day.

If you would like to donate to the charities we are using this challenge to raise money for you can via the links below.