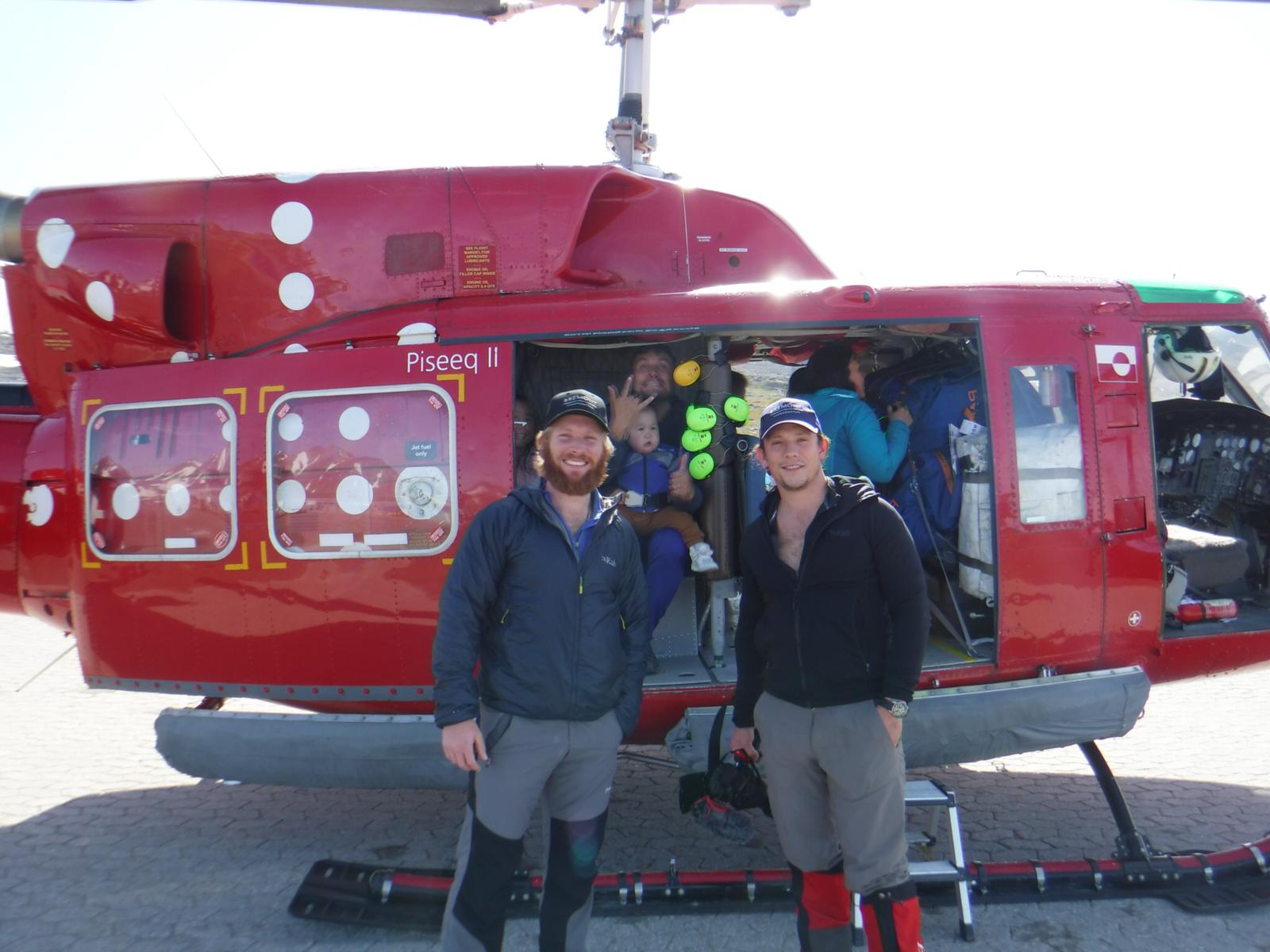 We took a boat to the start point of our journey across Greenland, we began where most the ice cap traverses begins or finishes. An area by a settlement called Isortoq where the icecap almost meets the sea. A huge glacier roaring as tons of ice were shed periodically met our arrival. Instructing the Inuit skipper we weaved our way through a thick icy sea cluttered with icebergs towards the rocky coast. 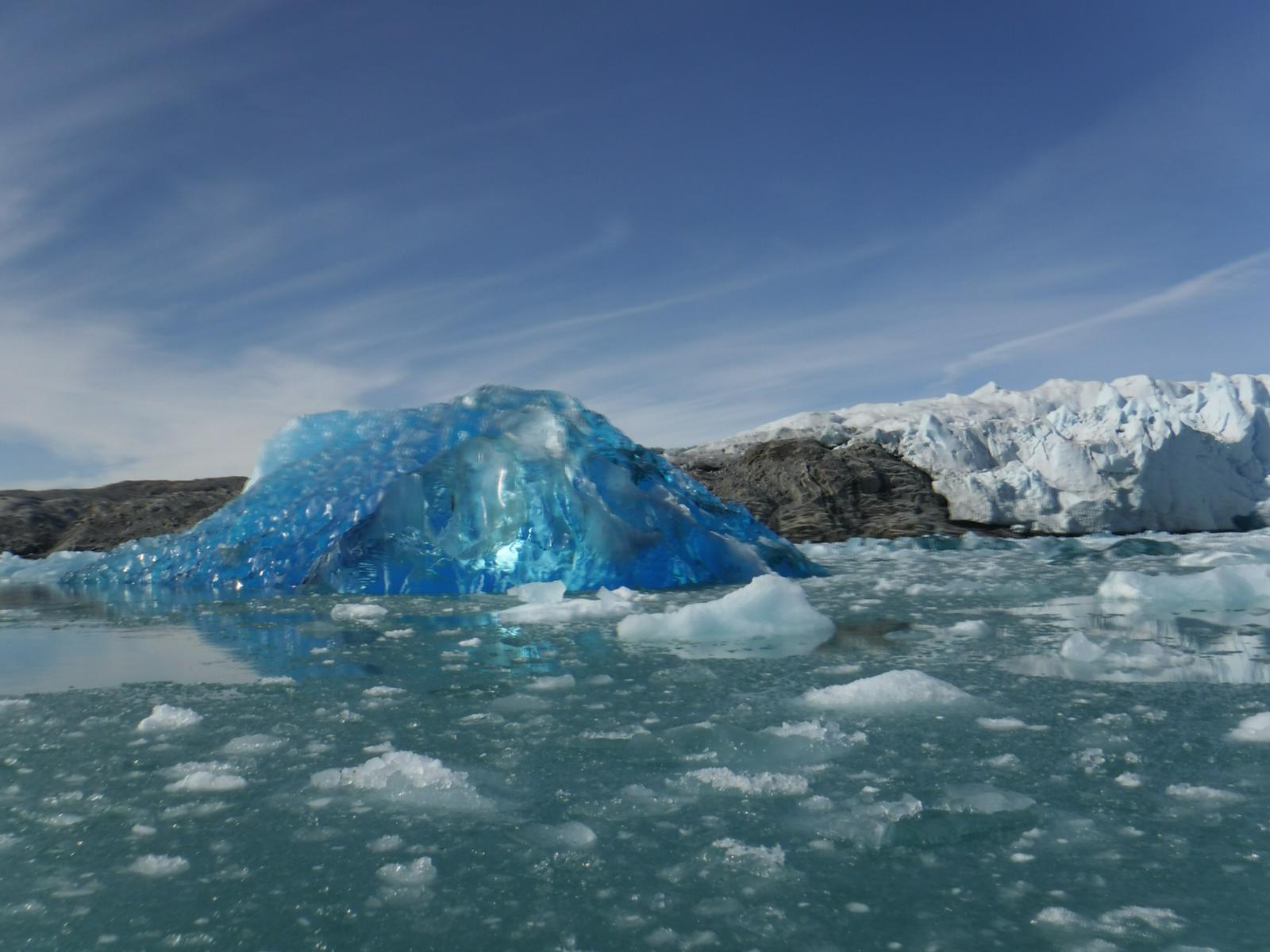 We jumped onto a suitable looking rock thanked our pilot and hauled all our gear ashore. Then came the tricky part; carrying 4 sleds, 8 bags, roughly 140kg 2km along the rocky cliffs up to where the ice cap started.

Several trips later we were spent, we tested our shooter, then before getting our heads down we tried to call our weather man and all round Greenland guru Lars. Trouble was we could not get a fix on our sat phones, in Tasilaaq we put it down to being surrounded by mountains when we tested them, but here we were next to the coast, they should be working. Without coms means we could be walking blindly into a piteraq (storm) without knowing. Begrudgingly we made our way another 2km away from our gear to the highest point around.

After several attempts we got a fix and I managed to speak with Lars and we decided the best bet was to try and head as high on the ice as possible in the first few days to maximise our chances of getting a fix.

We woke early, and set out into the unknown, after a leisurely few hours of walking along the cracked ice surface thinking how surprisingly easy everything was going we hit the infamous crevasse fields. 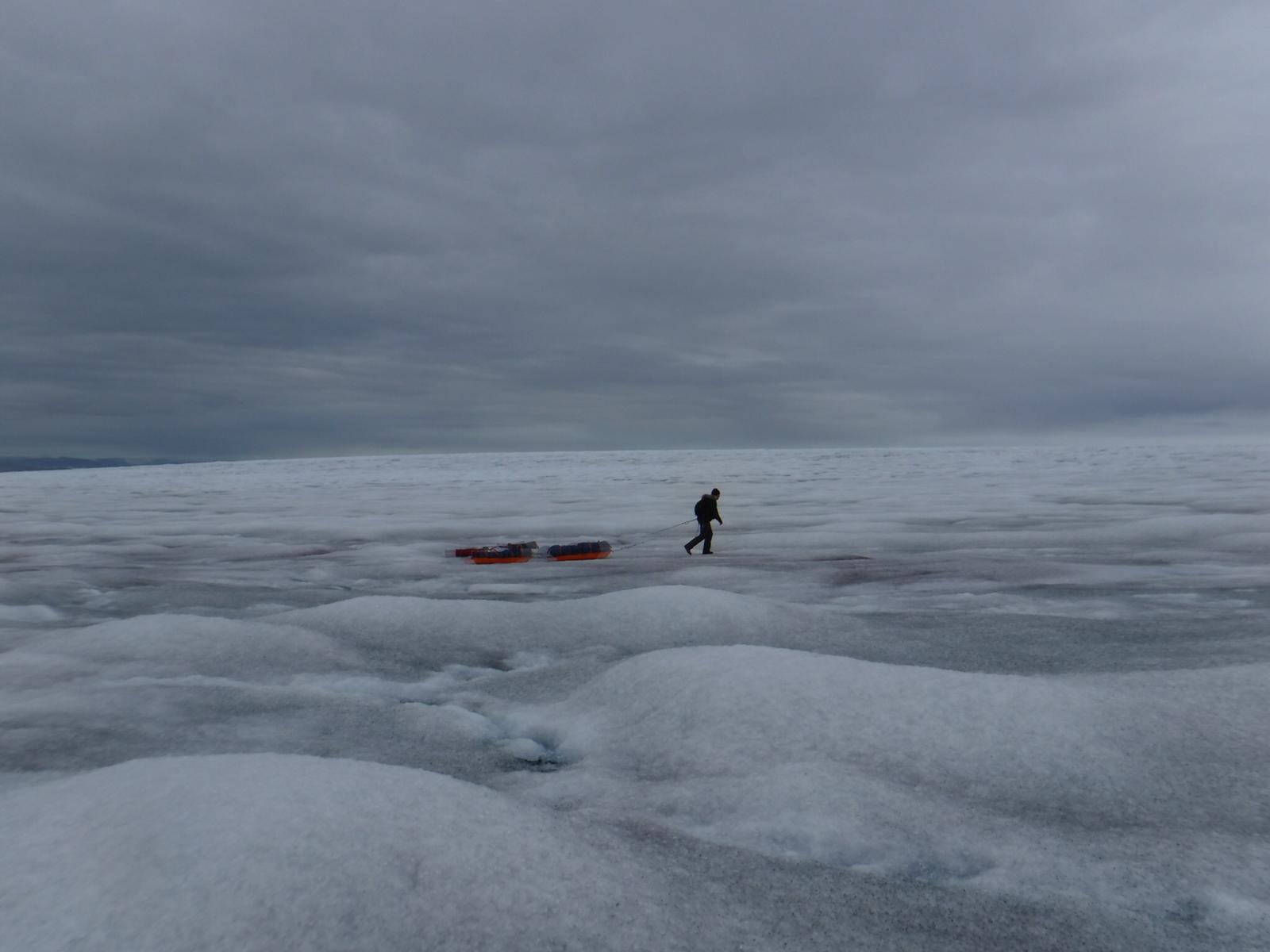 A labyrinth of ice bridges and sheer drops that disappeared hundreds of meters into the ice. One wrong move here we were in big trouble. We spent 2 days navigating our way through this extremely complicated terrain. Dragging 2 pulks behind us helped little and on few occasions they careered headlong into a crevasse trying to drag us down with them. On these instances the other of us would clip onto the pulks in question and help pull them from the depths of oblivion. 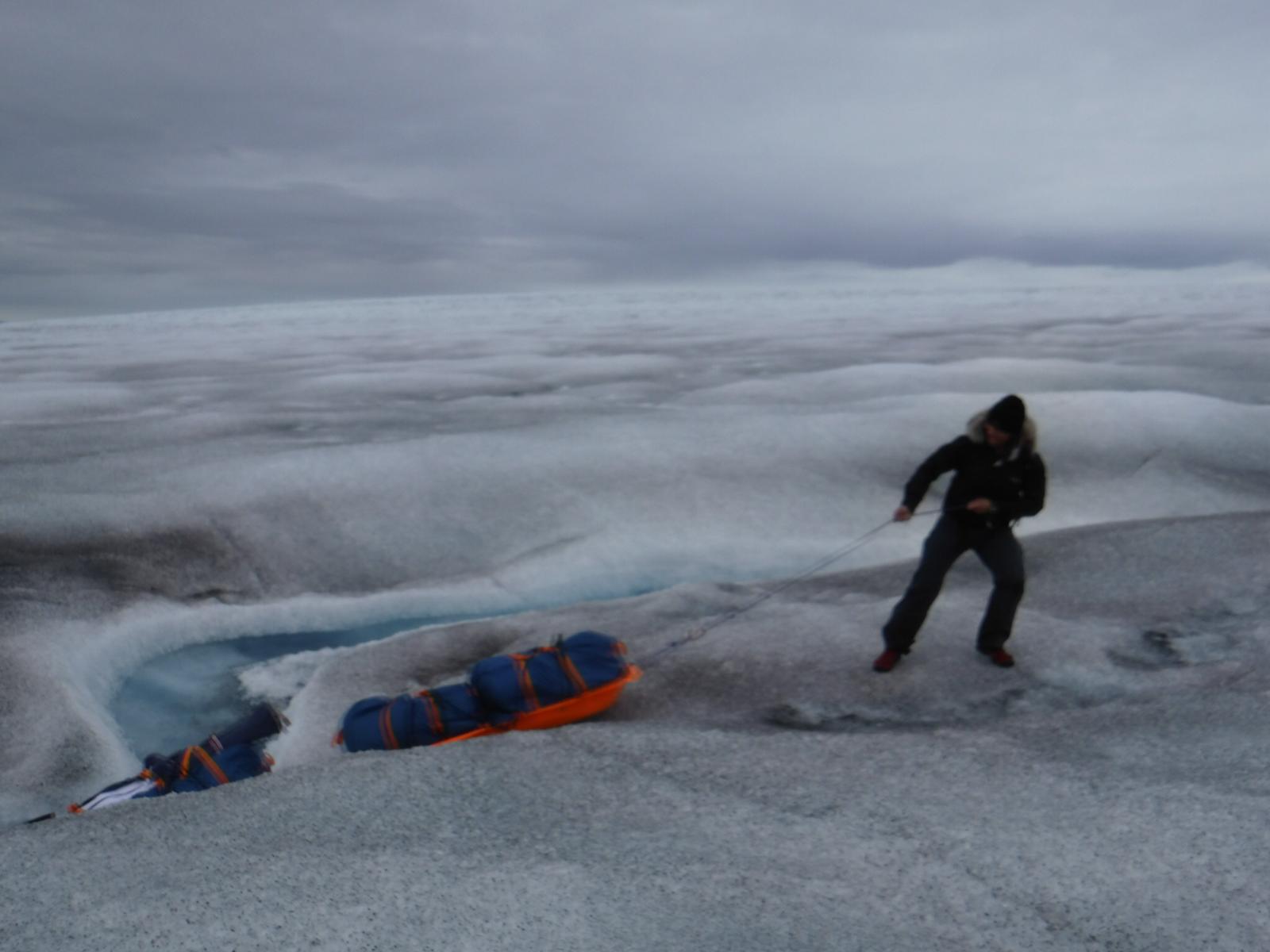 It was a mentally and physically draining few days not helped in the least that each time we tried to get a weather report our sat phones would simply not get a fix.
Clearing the main area of crevasses we decided on trying every hour with the phone to try and maximise our chances. It would limit our rest time but it was our only option. Eventually we were rewarded with the reassuring three tone beep to say we had a fix.
Calling Lars I was met with
“I have been very very worried, there is a big storm heading your way in three days.”
Ah, bugger. We were still yet to reach snow and had been using ice screws to secure our tent each evening, not ideal in a storm as it is liable to rip the tent. We would need to get our act in gear to try and reach the snow before this storm arrived.

As I have mentioned communication is extremely difficult at the minute so we are extremely grateful for your continued patience. If you would like to donate for the underlying causes behind Expedition Five you can via the link below.