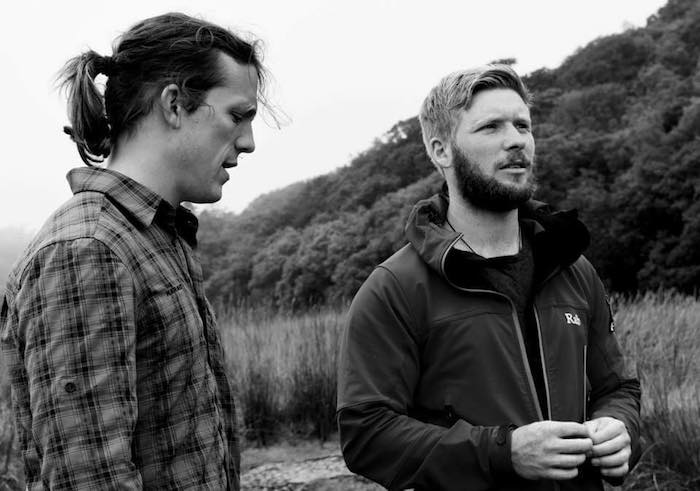 Ant and Louis met in 2012 after their return from what has been dubbed by the media “The Tour From Hell”. They both served a 7-month summer tour in the heart of Helmand, Afghanistan.

Louis was involved in some of the most intense fighting of the entire Herrick campaign, and returned to the UK with severe Post Traumatic Stress Disorder. Upon meeting, it was clear the pair shared a mutual passion for all things adventure. As Louis’ mental health deteriorated that passion did not falter and even when he was sent away from their unit for treatment the pair would often meet for their own “mini expeditions”

Disenfranchised with the military, Ant left in 2013, with Louis being medically discharged 3 years later for the PTSD he suffered from his experiences in Afghanistan.

January 2016 saw both men despondent by their respective personal situations. This culminated in a chance miserable phone call, followed by a reunion accompanied by a lot of single malt scotch whisky. From this the seed of the idea that is Expedition 5 began to germinate.

Their plan; to make their way into the world of exploration with a bang. Aware of the multitudes of Antarctic and polar crossings happening every year, whilst Everest is conquered almost hourly they wanted to do something unique, something that would push the limits of human endurance to the limits of anything ever achieved.

The concept; simple, to become the first humans in history to have traversed the 5 largest islands on the planet (Borneo, Papua New Guinea, Madagascar, Greenland and Baffin Island), unsupported, using only human power.

The execution; not so simple, these islands are some of the last wild frontiers on the planet, encompassing the most extreme and diverse environments. Fitness, strength of mind, adaptability and above all the brotherhood shared by Ant & Louis has been crucial in their journey so far, with four islands already conquered they have already shown what can be accomplished despite numerous hardships.

Ant spent most of his early days working on his grandfather’s farm until he decided to join the Royal Marines Commandos at 18.

Former Royal Marine, Louis, has been in search of adventure for as long as he can remember, Expedition 5 is the ultimate adventure!

His career as a “Bootneck” took him all around the world including America, Germany, France, Albania, Africa and the Middle east. In 2011 he deployed on combat operations to Afghanistan with 42 Commando on Operation Herrick 14.

A keen sportsman; Ant represented the Royal Marines in boxing and water polo whilst at unit level was on the swimming, football and rugby teams. He has also completed multiple endurance, ultra-challenges and fell runs.

He left the Royal Marines in 2013 to pursue a career in commercial diving and has worked sub-sea globally; maintaining super-tankers in South Korea, constructing marine infrastructure in The Falkland Islands and a various array of jobs on and offshore in the UK. From shellfish diving to underwater welding, a true jack of all trades and a master of not much. In 2014 he specialized as a commercial diving and remote medic, learning skills that have been invaluable on Expedition 5 so far.

In December 2016 alongside Louis Nethercott he made his way into the history books by becoming the 2nd/3rd people ever recorded to make a self-supported east to west crossing of the planets third largest island Borneo.

When he is not 50 m sub surface or hacking his way through jungle you can either find him with Louis at the Bodleian library searching for up to date maps for Expedition 5, half-way up a mountain, or thinking up ever more insane expedition ideas.

As a former Royal Marines Commando his 10 year military career began at 17 and took him all over the globe including; Europe, India, America, Africa, Norway and the Middle and Far east. In 2011 he deployed to Afghanistan with 42 commando where he was involved in some of the most intense combat on the Herrick 14 campaign.

Medically discharged from the Royal Marines in 2016 due to post traumatic stress, a battle he has fought since returning from Afghanistan in 2011. The long and difficult road to recovery traveled has culminated in Louis being selected to represent Great Britain as the mental health ambassador for the 2016 Invictus games.

He has an absolute passion for travel, adventure, extreme sports and physical challenges and has completed multiple endurance and ultra-events.

He now spends most of his time at the Bodleian library researching for the Expedition 5. When not busy planning his upcoming venture, he can be found somewhere along the north coast of Devon bobbing up and down on a surf board.