See Ya On the Flipside

Home/Live Blog/See Ya On the Flipside
Previous Next

See Ya On the Flipside 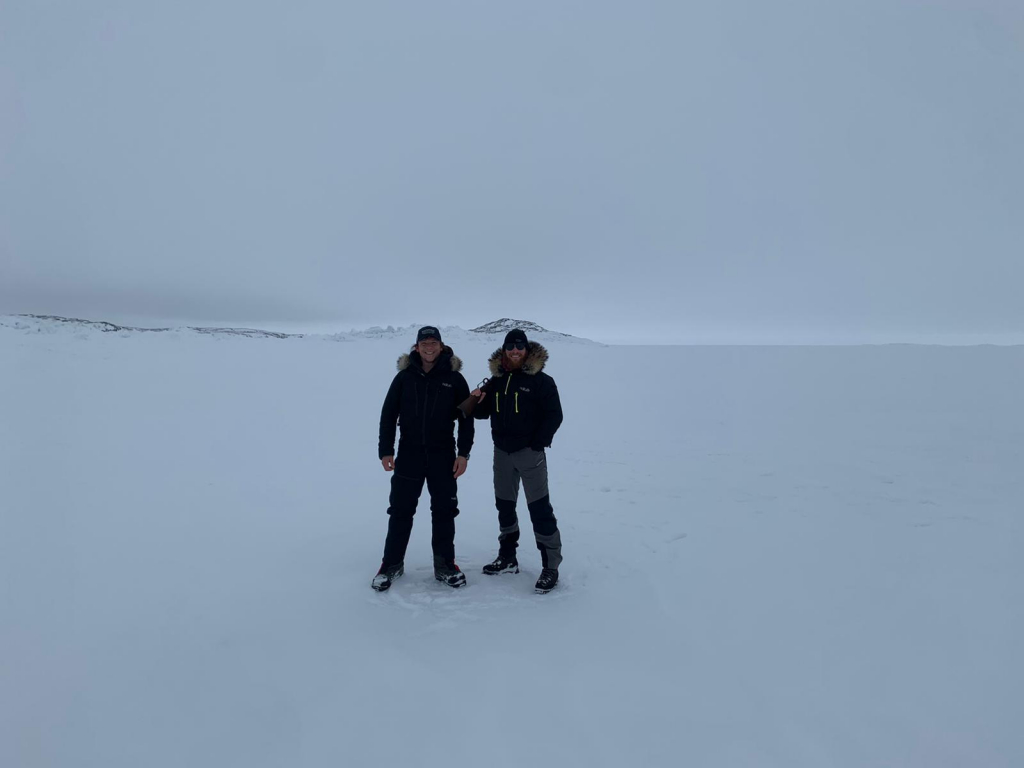 We landed in the frozen north at midday on the 29th of March. Our local guide and host Ted Irniq and his wife Sonia were already in the airport waiting for us. Somehow the gods had smiled on us and all 8 pieces of our luggage including 2 pulks, skis, 70 freeze dried dinners and a plethora of other toys had all arrived intact and with no delay. Surely a good omen? We can only hope.

Ted wasted no time in giving us the tour of Iqaluit and it certainly wasn’t what we had expected. As the provincial capital it houses many government employees and seems to have undergone a boom in the past few years, so much so that we were informed you would struggle to see change out of $800k CAD (£500k) for most of the properties that weren’t social housing. For what is essentially mostly timber framed constructions the expensive reality of life up here really hit home. Everything that is needed for the societies up here to operate has to be flown in or shipped in during the summer when the sea ice breaks up.

As we drove taking in the sights Ted explained that many years ago the RCMP under the direction of the Catholic Church had rounded up all the Inuit dogs and shot them all. This was to keep the Innuits in town, legitimise the provincial government and ‘tame’ the nomadic Hunter Gatherer society that existed up there. Without their dogs, the Inuit were unable to hunt any and were forced to conform to an extent to the western way of life. Another shocking reality of histories dreadful treatment of indigenous populations at the hands of “enlightened and cultured” masters. 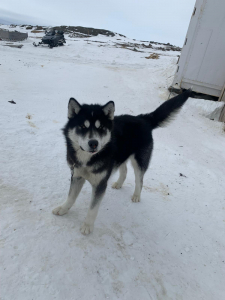 We stopped in at the local ski club where Ted introduced us to Benoit and his friendly dog Casanova.Benoit is a French Canadian who has spent several months snow sailing alone around the sea ice of Baffin Island, crossed Russia and a whole load of other adventures, this dude is the real deal.

After seeing the local sights, we arrived at Ted’s where the jet lag was starting to creep up on us so after dinner and a few dit’s we went to bed. 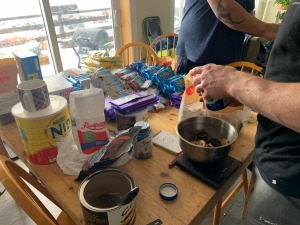 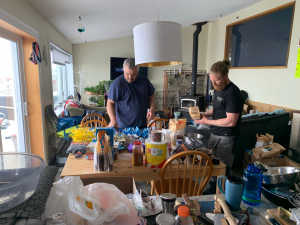 The next day was a factory line of heinous proportions. 140 meals (70 breakfast and 70 lunches) had to be weighed out and vacuum sealed.After our massive weight loss during our Greenland crossing we opted for a much higher calorie mix of food consisting of chocolate, macadamias, butter, Oreos, cookies, brownies and some jerky just so we get our protein fix. It all looked fairly unappetising but I’m sure after a few days we will be inhaling it as we ski. After hours of food prep, we unpacked and repacked our bags and pulks ready for the 500km skidoo journey to our expedition start point.

Along with Ted, we will be joined by his two hunting partners Eric and Kevin who are using the trip to hopefully do some hunting and ice fishing on Nettling Lake. It is somewhat of a warm fuzzy feeling to know for the first few days of our journey Ted and his pals will be relatively nearby should we come into any trouble.

We spent the next day doing our final prep before Ted invited us out for a ride on his skidoo’s to go out and test fire his repeater. We rode out, slightly unsettled by the unnatural warmth for our journey to come. We need it to be a lot colder than it is at the moment with 90% of our journey being on frozen waterways. 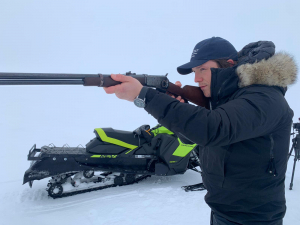 After 30 minutes of riding out onto the ski ice we stopped and fired off a few rounds to zero in our sites. The repeater is an old weapon, but it fires like a dream and is a proper cowboy/Terminator 2 shooter!

That evening Ted showed us the skull of a polar bear his 13 year old son had shot. He said for days his house was the main tourist attraction of Iqaluit as locals and tourists alike came to see the huge specimens skin drying in his front yard. 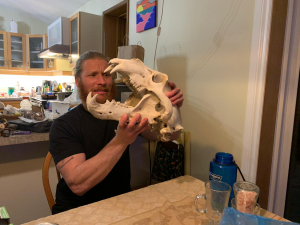 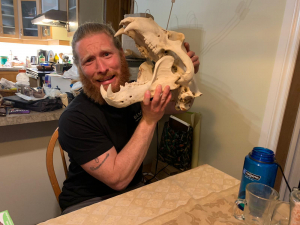 Looking at the sheer size of the skull has hit home the reality of the environment we are about to go into. Our exposure to bears should be limited by the route we have opted for but as Ted reminded us, “Those animals go where they like” so we will need to be vigilant at all times on this journey. Though from sitting and listening to many of Ted’s hunting stories it is plainly apparent we are in the safest hands we possibly can be for the first few days at least. This is a man who is still firmly connected to the landscape, traditions and culture of his ancestors. When you’re with a man who can say his father was born in an igloo you know you’re rolling with the real deal! Ted’s father eventually became a politician advocating strongly in the Canadian parliament for indigenous peoples to be treated fairly by the systems created by white settlers that, for many years, exploited, robbed and treated indigenous people as lesser humans.

As the weathers have been whiteout most days, Ted has opted for us to leave at night as driving on skidoo at night is easier in these conditions. Louis and I have the luxury of travelling in a towed sledge each at the back of the snowmobiles. We have been told by multiple people far more hardened than ourselves that it is an extremely uncomfortable way to travel, so just the thing we need right before starting the single greatest physical undertaking of our lives to date!

So, as we prepare to head out into the frozen lands of the Canadian Inuit I ask you to bear with us for a few weeks as we struggle to finish this crazy journey. We will try to get blogs up as and when, but photo content will be lacking. Hopefully Ted can bag a load for Steve on our outward journey that he can trickle feed to keep you ravenous content gannets sated until we return.

As always I will end this blog with a request. If you have enjoyed reading about our journey we would truly appreciate if you “Chuck us a fiver” as payment for the dit to The Royal Marines charity via the link below.

See y’all on the flipside