Phase One Complete. The flames licked hungrily at our battered pan, inside a pack of noodles complimented by a handful of unknown leafy plants and a few slithers of biltong bubbled hungrily. With only three litres of filthy chlorinated water between us, the next 100 kilometres of desert ahead of us seemed an almost impossible task. The silence stretched for eternity between us, tomorrow was make or break and we knew it. Completely alone deep in the parched hinterlands we had made it this far, though without anymore water things were about to come to a grinding halt. 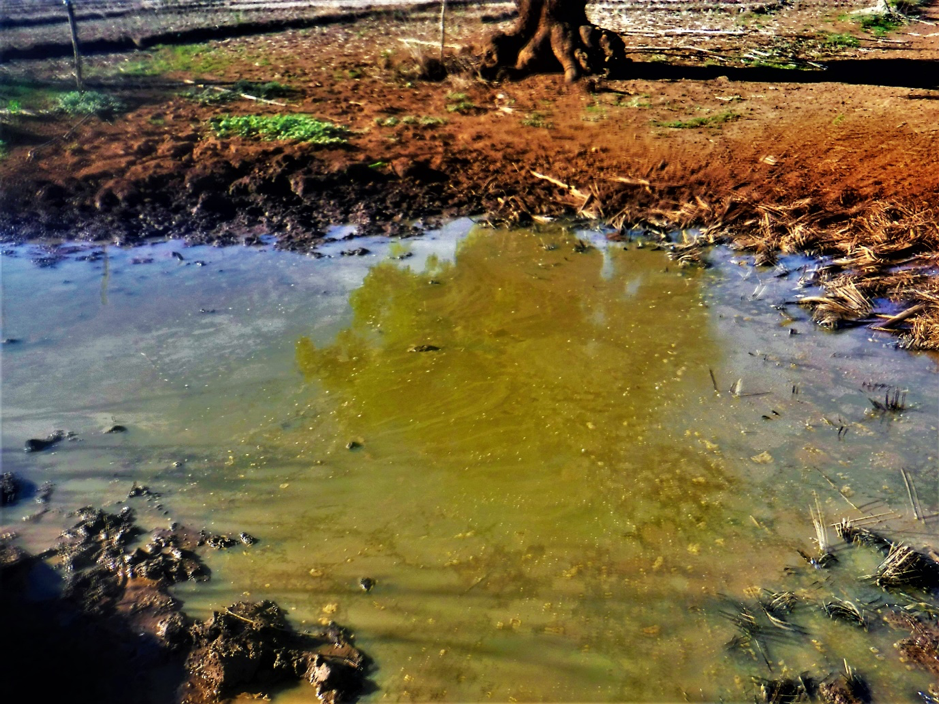 Last year all the crops in this region had failed because the rains never arrived. We were now a month into the rainy season and yet the river we were following was naught but a dusty dried scar carved into the landscape with intermittent patches of stagnant puddles of fetid water that we had been reliant on to keep us alive. Gruesome for us yes, however we are equipped with filters and chlorine tablets, a luxury not afforded to the locals. Watching swollen bellied children and women carry bowls and jugs full of stinking liquid, miles to their villages has had a marked effect on us both, and our motivations for travelling through such an impoverished area of the world on our own little adventure is something we have both been struggling to come to terms with. The luxuries afforded to us through winning the lottery of life and being born in the west has, once again, come into clarifying perspective. 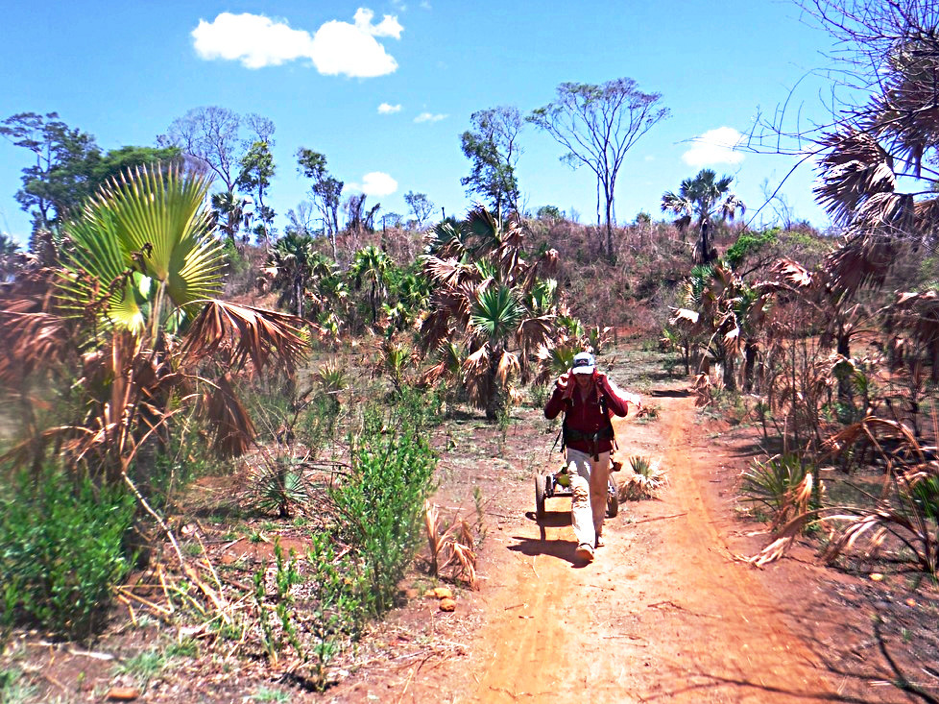 Awaking before first light, we hit the dusty track heading westward. The aim for us was to cover as much ground as possible, before the sun had a chance to assert its dominance onto the landscape. Trying to maintain a steady pace, we trudged in silence, every now and then passing Zebu herdsmen, taking their stock across the desert to the market in Mandritsara. Bewildered stares at our white skin turned quickly into ear to ear grins as we nodded and said

to each group we passed. 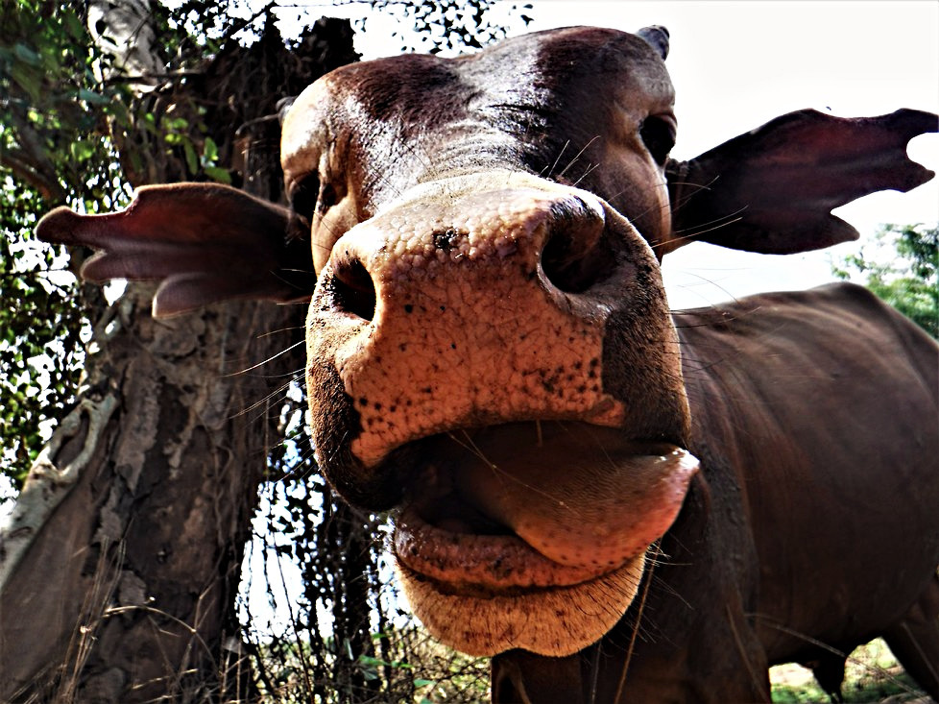 In a country where few have access to banks, wealth is often held in cattle. The Zebu herdsmen we have been passing throughout our journey, are themselves a distinct class within the Malagasy population. Before leaving Mandritsara, we were warned of the armed gangs said to roam the hinterlands targeting these herders. It is something we researched a lot before leaving and is more confined to the south and west of the island. That said, numerous locals had warned us of the danger through many of the settlements we passed through.

By Midday the searing heat bore down mercilessly. With only a litre of water left between us we sat in the shade of a mango grove sucking liquid from the ripe fruits which periodically dropped from the trees. Feeling slightly sick from our over indulgence we set off once again. Hoping that by the fact the vegetation appeared to becoming increasingly dense, a settlement and fresh water would not be far off.

Cresting a hill our prayers were answered in the form of the red tinged blue waters of the sprawling Bemarivo River. On the other side sat a sprawling settlement, and we stared in relief watching children playing animatedly in the river, whilst topless women washed clothes and gathered water. 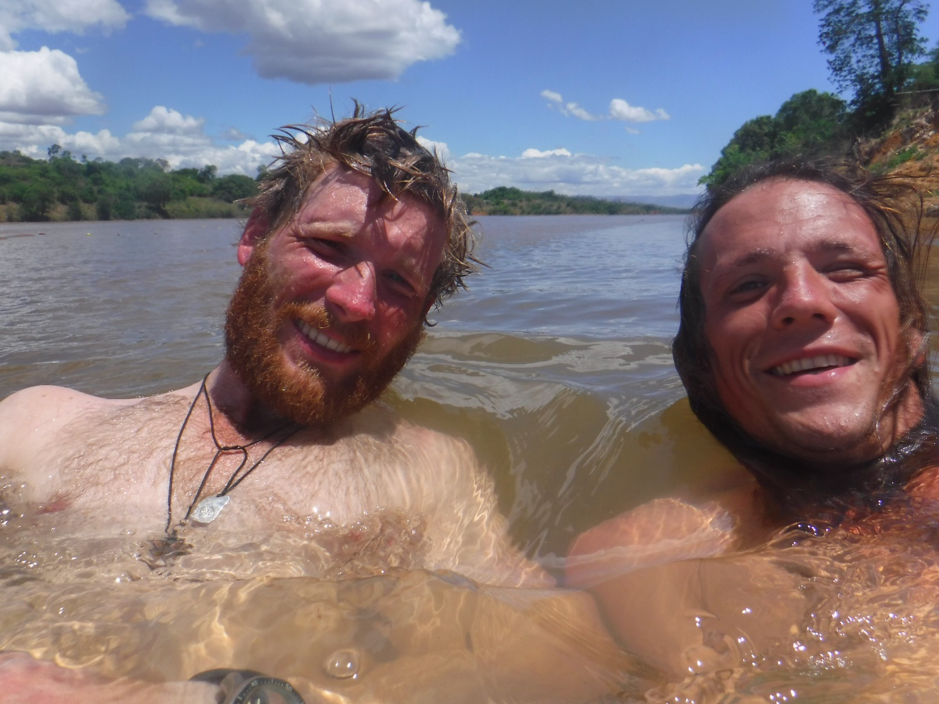 (First wash in days, Don’t envy whoever is downstream of these 2 carcasses!)

We wasted no time in crossing and having our first proper wash in days. Feeling revitalised we resupplied on food and bottled water and spent the next two days travelling through increasingly populated settlements until we hit Port Berge; a town on the road that sat on the road to Madagascar’s capital.

With 40km to the coast yet to go we decided it would be best to find somewhere to cache our trailers and belongings and make a mad dash for the sea in the morning. We soon found a young lad called Erid whose father ran a guest house of sorts and booked ourselves and belongings in.

Erid was around 18 and relished in the chance to practice his English on two native speakers. He showed us around the town, and we made no time in trying to balance out the calorie deficit we had faced over the past few weeks. 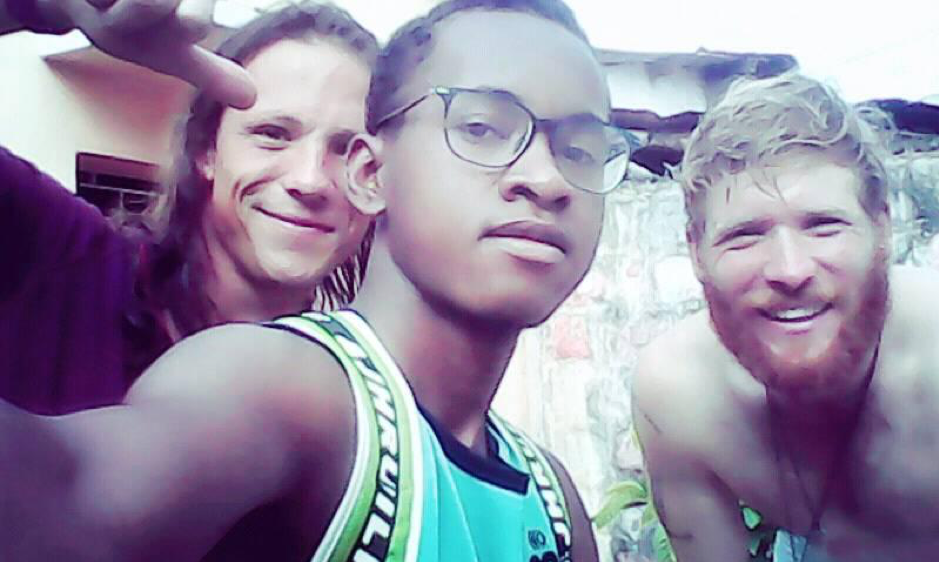 When the next morning came, we left once again before first light. Almost running we set a very quick pace, and after a few hours swamps and mangroves had replaced the urban sprawl as we neared the West Coast. The dirt track we walked along suited mopeds and wooden wheeled wagons which passed us in their droves coming to and from the town. 7km before the coast, the track ended in a small village. Speaking in butchered French to a local shop owner we managed to arrange transportation back to Port Berge in a few hours and headed out into the rice paddies that spekeled the landscape.

Mosquitos wailed in delight and descended in ravenous clouds upon us as we squelched though the swamp like tracks towards the coast. Snakes slithered nonchalantly all around us, whilst chameleons watched us passively from the bushes we pushed our way through. Erid had told us the night before that many Nile crocodiles frequent these rivers which made our final few river crossings were incredibly worrisome affairs. Eventually we reached a small village situated on the banks of where crimson river hit the muddy brown waters of the Mozambique Chanel. On the sands of the Malagasy west coast fishermen repaired nets, whilst women cautiously washed in ankle high water. All stared in utter disbelief at our weary carcasses but smiled and joined us for photos as we pulled out our now war-torn Expedition flag. 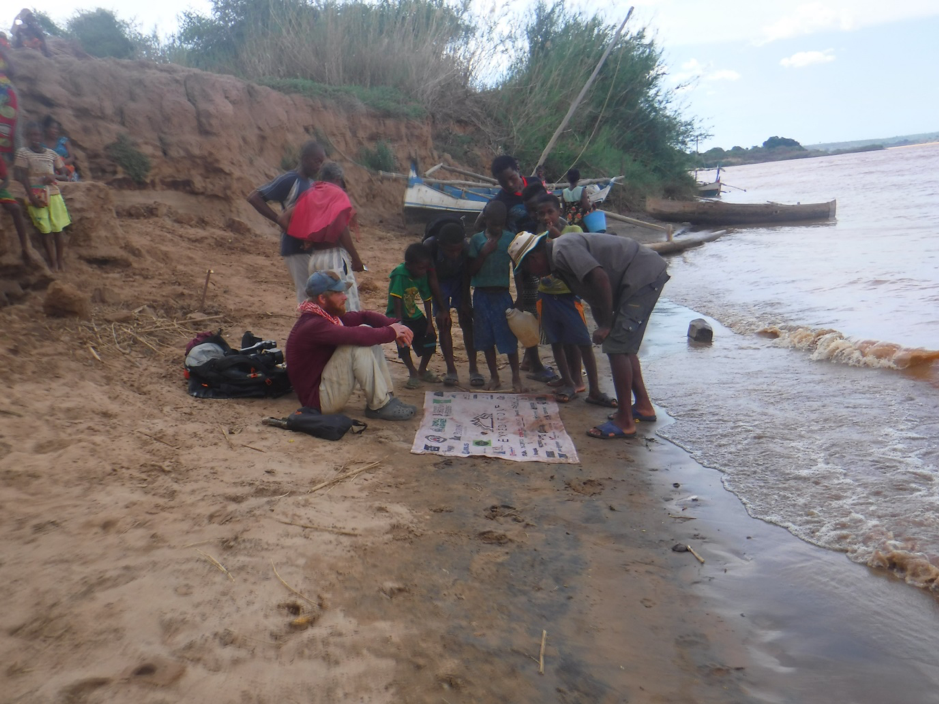 Another journey complete. We travelled back to our pick-up point in reflective silence. Though not as long as our other traverses, this trip has provided us with its own unique challenges. Abject poverty was something we encountered in Borneo and Papua New Guinea, however, it did not feel as all-encompassing as it has done in Madagascar During our traverse across New Guinea a local said this to us;

“We sometimes have money, but sometimes we have none, but the jungle will give us all we need, it gives us coconuts and meat and we have clean water all around us”

That is where the difference has been. On the East coast of Madagascar, the strip of tropical jungle ensures, no matter the hard times faced by the locals, they always have access to a food source and relatively clean flowing water. The islands hinterlands are reliant on the seasonal rains and are at the mercy of geography.

It has been yet another humbling and enlightening trip across another of the planets last feral frontiers, one that has opened our eyes to the challenges faced by people in this unforgiving landscape. 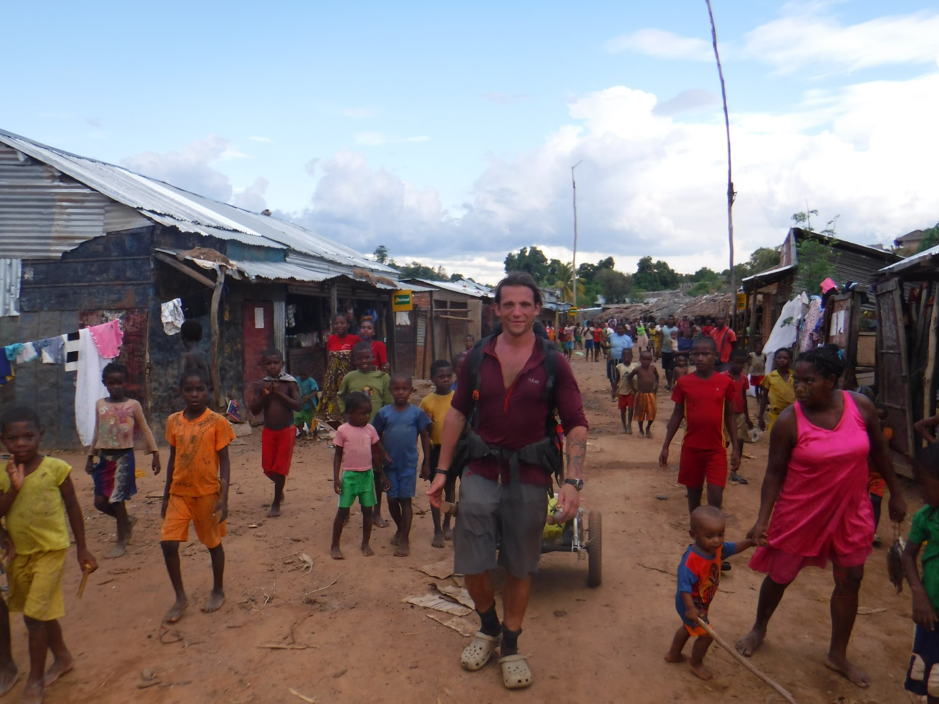 With Madagascar completed, it marks the end of what we have dubbed phase one of Expedition Five. The three islands under our belt are a world away of what we must now turn our sites to.

The threat of Malaria and crocodiles is to be replaced by frost bite and polar bears as now we begin our preparation to cross the two polar islands on our list.

The planning of something as huge as what we are embarked on is all consuming. The videos and pictures we post of our journeys are a result of countless hours researching, trying to obtain sponsorship whilst doing our best to maximise the reach and return for the charities we are raising money for. Though this is a challenge we have set ourselves, the underlying causes we represent are not something we take lightly. Countless veterans take their lives each year through struggling to adjust to civilian life, or from the traumatic experiences they encountered serving their country.  Using the platform we have gained from our expeditions to raise funds and awareness for these individuals is something we are incredibly proud to be able to do.

If our stories inspire you, and you wish to donate to the two remarkable charities we are fundraising for you can donate via the link below.