We touched down into Madagascar’s capital, Antananarivo, where we had to spend a day waiting for our onward flight to the north east of the country. Due to the increasing media ruckus surrounding the ongoing plague epidemic ripping through the city, we had booked ourselves into a hotel as close to the airport as possible. The streets thrived with activity and little appeared amiss as we took in the sights and smells of the eclectic settlement.

Boarding our flight the next day we had to pass through a checkpoint set up by the World Health Organisation, where our temperatures were taken and we were closely inspected to see if we displayed any symptoms of the plague. Once onboard it took another two days of travel over mountains and rivers on dirt roads via motorbikes and pirogues to the remote easternmost point of Madagascar, the village Cap Est.

Climbing the lighthouse that has stood there giving safe passage to multitudes of mariners we looked west at the deep verdant soaked mountains of the Masoala peninsula.

The route we would be following is an established route originally used by pirates making their way inland from the coast and now used by the locals and the more “badass” tourists looking for a jungle adventure. Our guide Paulin was amazed that were not going to hiring porters to carry our gear, he informed us that usually with porters the trip takes 7-8 days, without it would surely take a great deal longer before adding he could do the journey with no weight in 3 days. Challenge accepted.

We left at first light the following morning climbing an impossibly steep track into the black depths of the Masoala jungle, one of the most biodiverse spots on the planet. Within the first few hours we had seen chameleons, lemurs and a wide array of unusual birds. River crossings came thick and fast, with our guide telling us his sister had been eaten three years earlier in the same patch of river by the Nile Crocodiles that infest the waters. That put us seriously on our guard, and we ran each crossing with our hearts racing.

By the end of the first day we were utterly spent, we had arrived in a small village made up of palm roofed bamboo houses. Sitting in the shade, we heard a huge commotion coming from the centre of the settlement, going to investigate we were completely amazed at the site that greeted us. Hundreds of locals all in vibrantly dressed attire were all dancing, pushing and singing around a box. Once we got closer we realised the box was in fact a coffin of a recently deceased member of the village. We had walked in on the funeral procession and what a site it was. The crowd passed and fought over the coffin whilst singing and dancing, making their way to the river where the body was loaded onto a canoe and the villagers waded to the chests in the croc infested waters singing following the body to the tombs downstream.

That evening we were invited to the tribal festivities that followed the funeral, and were plied with homemade sugar cane hooch and watched in horrified awe as they danced their traditional dance of the dead. In such close confines with all the publicity surrounding the plague each time we heard someone near us cough it felt as though a gunshot had sounded. We were incredibly paranoid, and upped our doses of preventative antibiotics as a precaution the following few days.

We completed our journey in 4 days, 3 days faster than it takes most people with porters, not too shabby for a couple of out of shape #madexplorers. 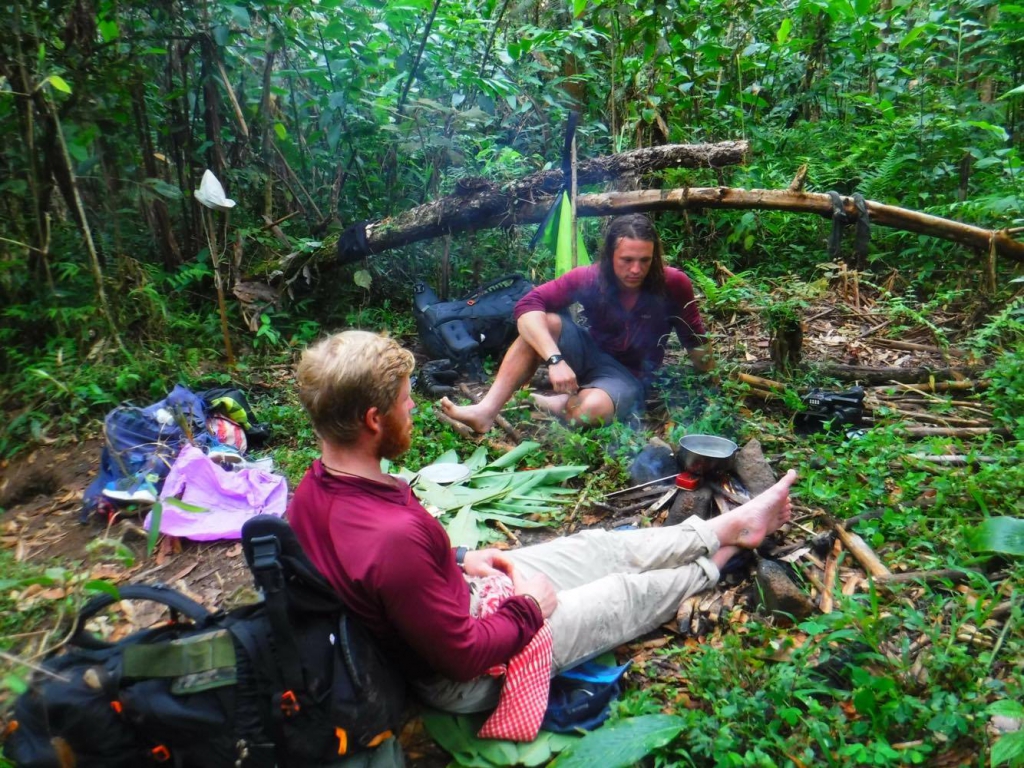 It’s been hard and we spent most our nights sleeping rough in the jungle to cover as much ground as possible. We now intend to push west into the desert hinterlands of Madagascar. We have managed to keep on our guide, Paulin, to act as a translator but it is a journey that he is incredibly concerned about. Bandits roam the desolate wastes that await us, so once again we will be reliant on our skills of negotiation and local kindness to see us safely on our way. 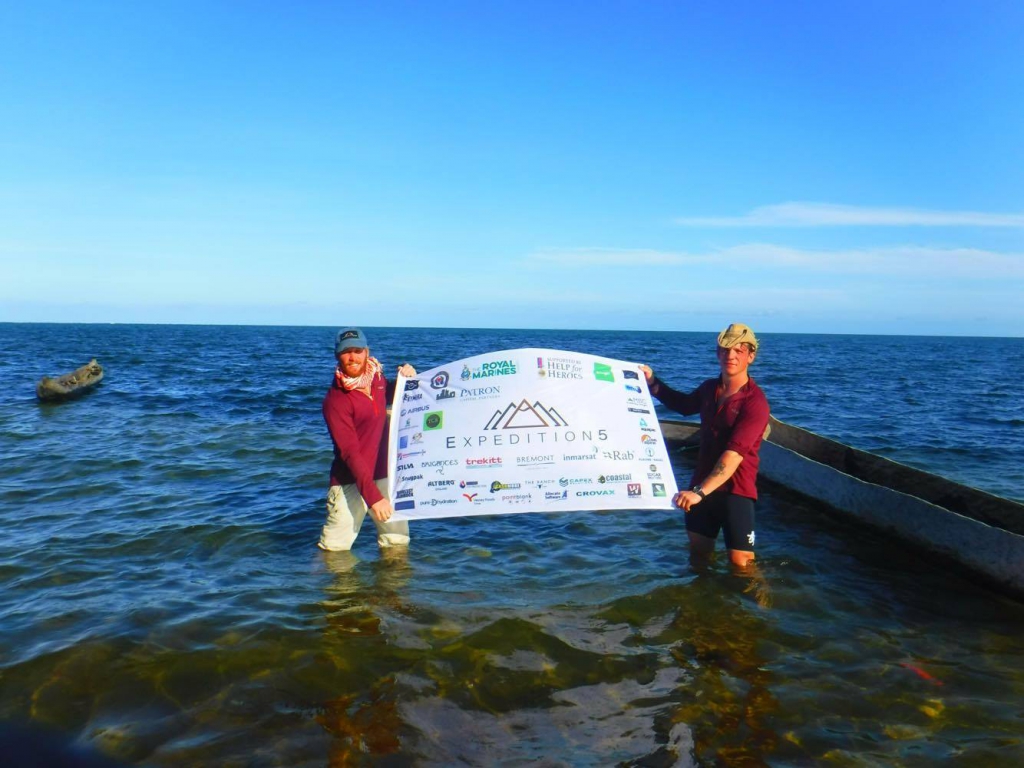 Each and every day during our journey we question our motivations behind what we have embarked on. Most days we cover over 30km carrying 25kgs on our back through dense jungle, rivers and over huge mountains. It is painful, it is hard and it takes its toll on our bodies. But this is a fraction of the daily hardships faced by many of our friends and wounded veterans and their families. If you are enjoying following our adventure we ask you to share and donate to the underlying causes we are raising funds for in completing this mammoth endeavour by donating via the link below.